Any 1 (one) Form filling and filing. Inclusive of Govt. fees* & taxes.

Any 1 (one) Form filling and filing with Drafting. Inclusive of Govt. fees* & taxes.

Certain Forms are required to be filed every year or half year.

This form is in 2 modes: Web based and E-form.

From Financial year 2019-20 onwards, every Director who has been allotted DIN on or before the end of the financial year, and whose DIN status is ‘Approved’, would be mandatorily required to file form DIR-3 KYC before 30th September of the immediately next financial year. After expiry of the respective due dates, system will mark all non-compliant DINs against which DIR-3 KYC form has not been filed as ‘Deactivated due to non-filing of DIR-3 KYC’.

Further, any DIN holder who wants to update any information of his/her KYC details must update the same through filing of eForm DIR-3 KYC only. Please note that no update in details can be made by accessing the web-service for DIR-3 KYC.

Every individual who has been allotted a DPIN or DIN under these rules, shall in the event of any change in his particulars, make an application in Form DIR-6 under Companies (Appointment and Qualifications of Directors) Rules, 2014 to intimate such change(s) to the Central Government within a period of thirty days of such change(s).

Form MSME - Form for furnishing half yearly return with the registrar in respect of outstanding payments to Micro or Small Enterprise.

E-form MSME is required to be filed by all companies, who get supplies of goods or services from micro and small enterprises and whose payments to micro and small enterprise suppliers exceed forty five days from the date of acceptance or the date of deemed acceptance of the goods or services as per the provisions of section 9 of the Micro, Small and Medium Enterprises Development Act, 2006 Every company is required to file MSME as half yearly return by October 31 for the period from April to September and by 30th April for the period from October to March

eForm DPT-3 is required to be filed for filing return of deposit or particulars of transaction not considered as deposit or both by every company other than Government company. Every company other than Government company to which these rules apply, shall on or before the 30th day of June, of every year, file with the Registrar, along with the fee and furnish the information contained therein as on the 31st day of March of that year duly audited by the auditor of the company.

Dir-6 should be used any time during the year, if a change in the Director’s particulars take place. E-Form DIR-3KYC is used when intimation is to be given at the end of the year.

The Central Government or Regional director (Northern Region) will deactivate the Director Identification Number (DIN), of an individual who does not intimate his particulars in e-form DIR-3-KYC within stipulated time. 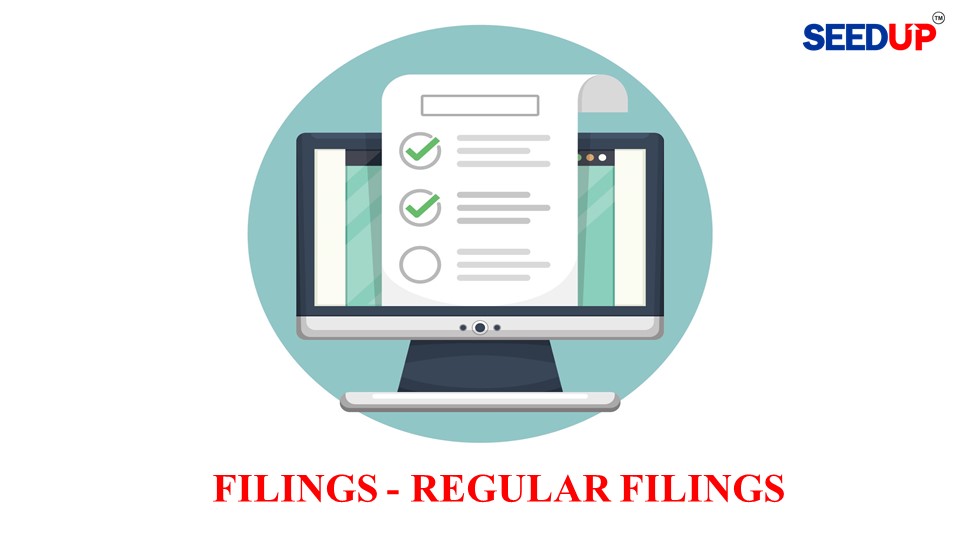 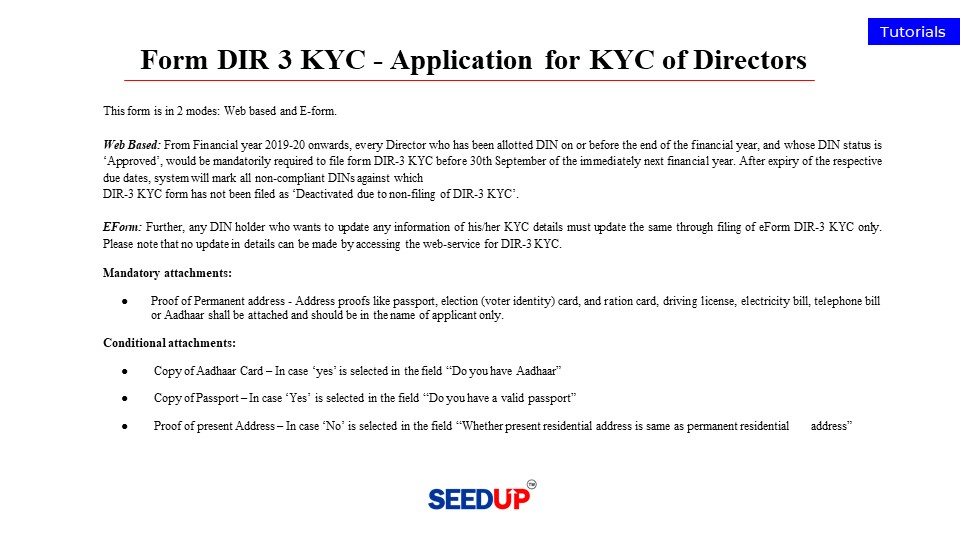 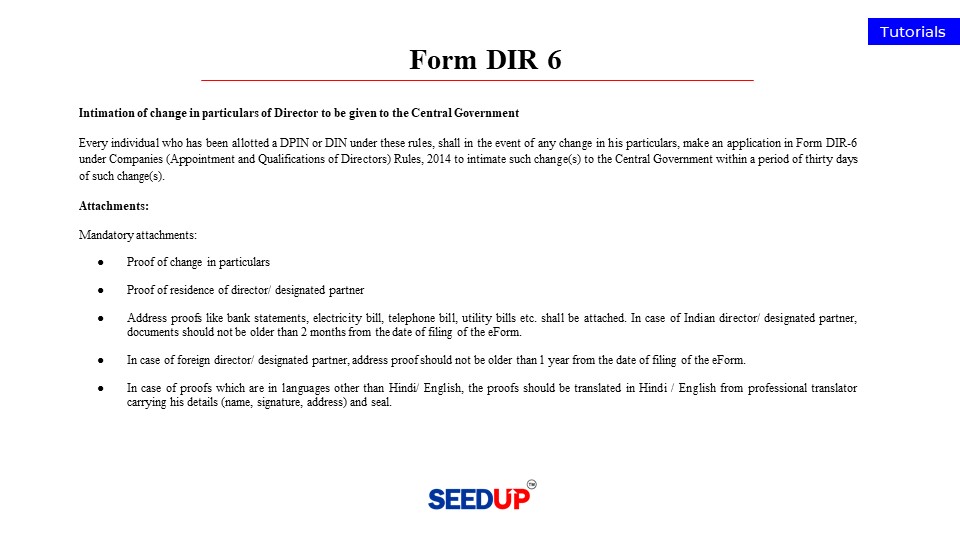 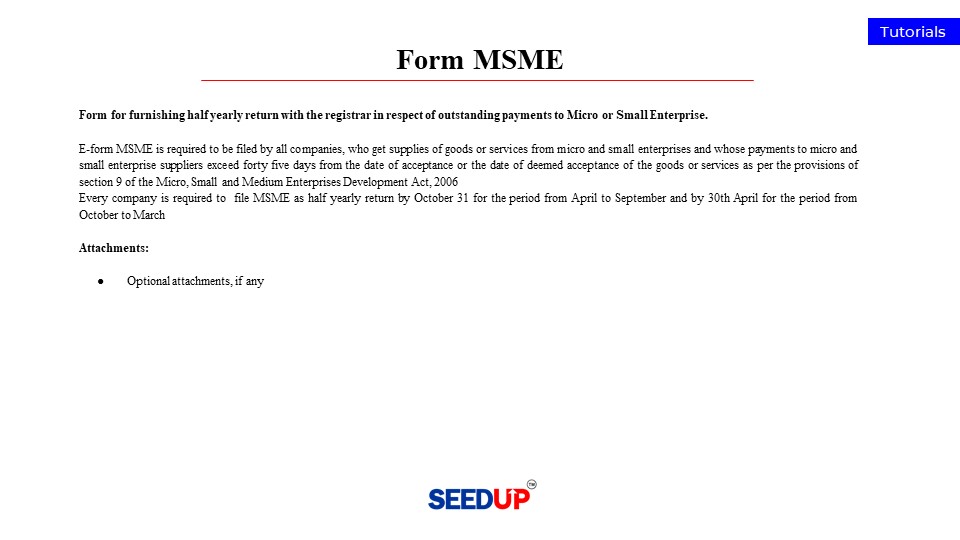 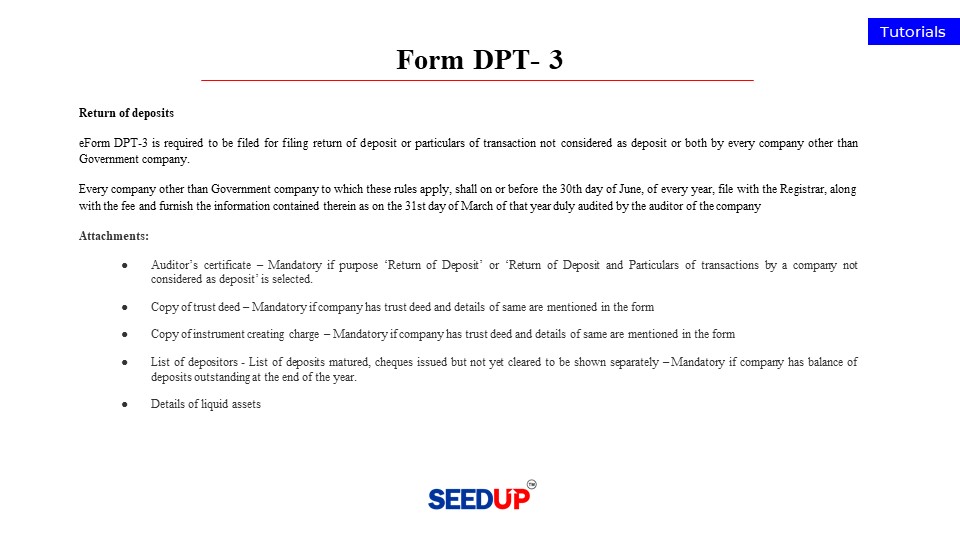 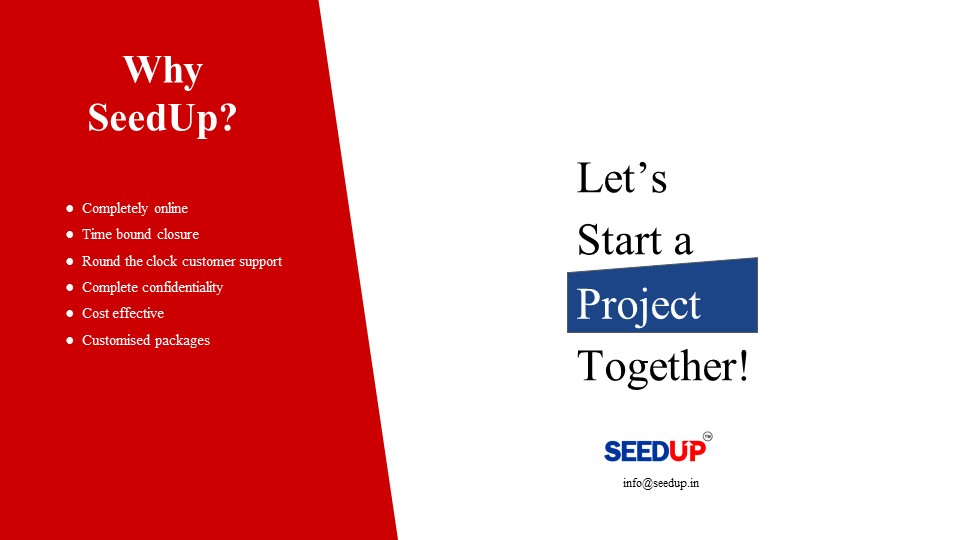