LLP to a Company

This can be done i the following 2 methods:

In the first process, the LLP has to be valued and a sale agreement has to be entered into between the partnership and the new corporate entity.

In the 2nd process, where conversion of the LLP takes place, is a comparatively complex process, but a better option if handled with expertise. It is also less time consuming and is a cost saving method.

Further, in the case of conversion, Capital Gains tax will not be applicable since conversion is not transfer.

a. Print the new Altered Memorandum and Articles of Association with new Certificate of Incorporation.

NOC from all secured creditors.

If the above requirement is not fulfilled, then the LLP Deed/Agreement should be altered

Minimum 2 Shareholders and 2 Directors. However, Directors and shareholders may be the same person.

All partners of the LLP shall become shareholders of the Company in the same proportion in which their capital accounts stood in the books of the firm on the date of the conversion.

Steps for Conversion of LLP to Private Limited Company 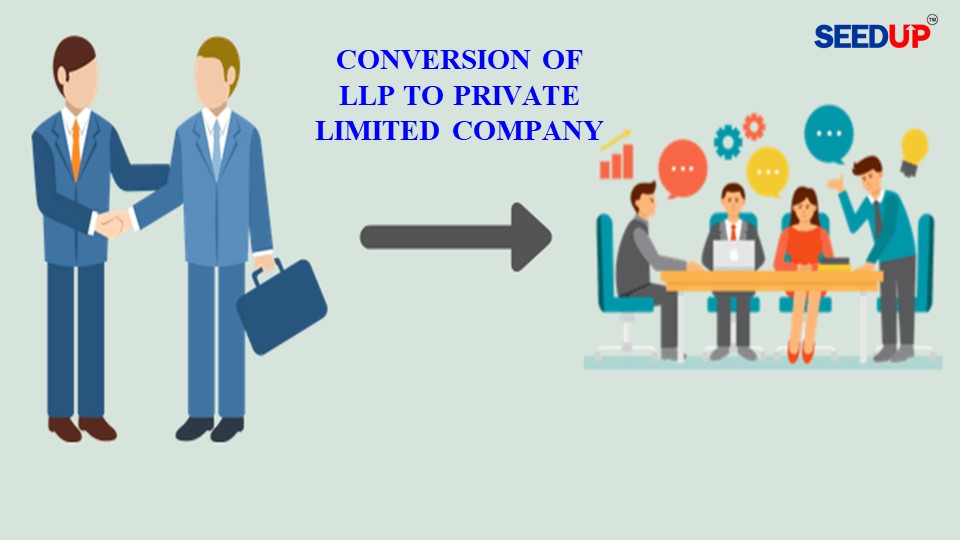 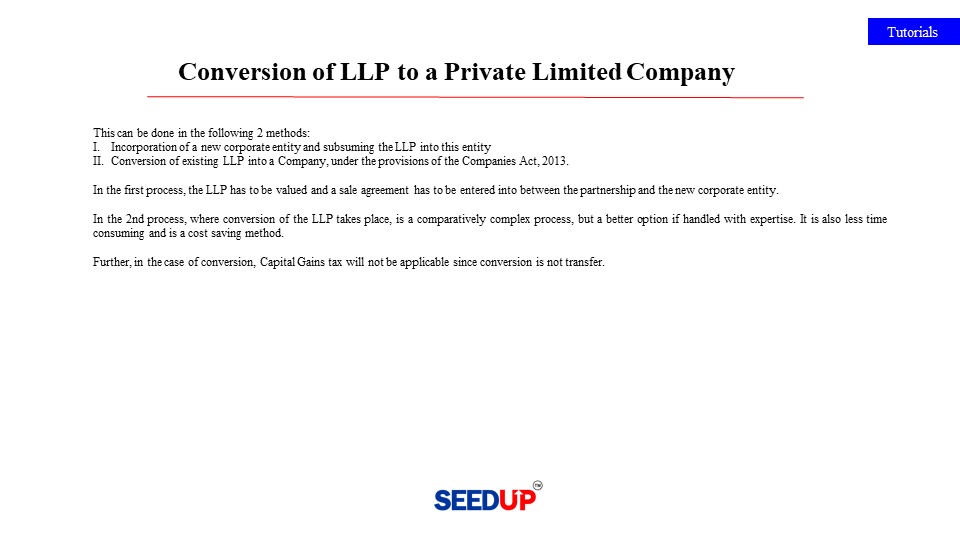 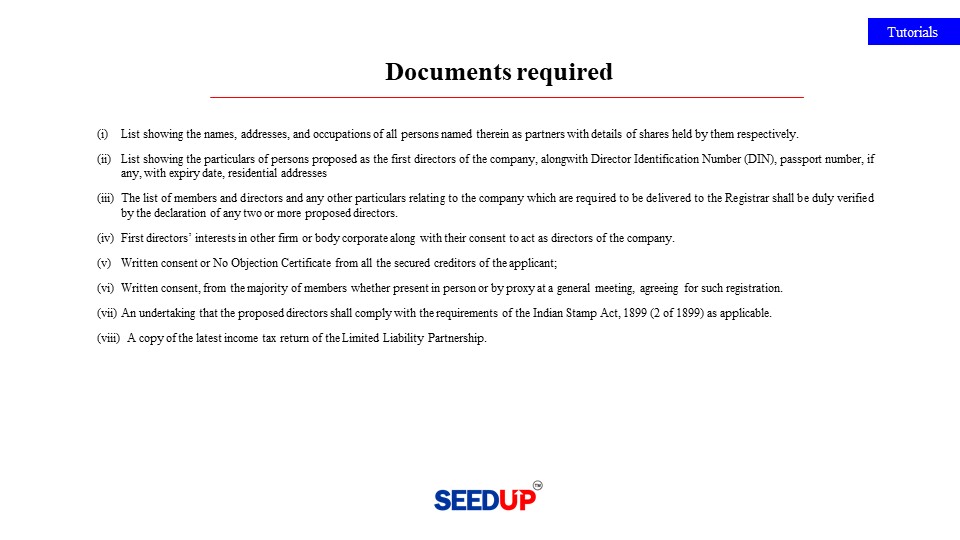 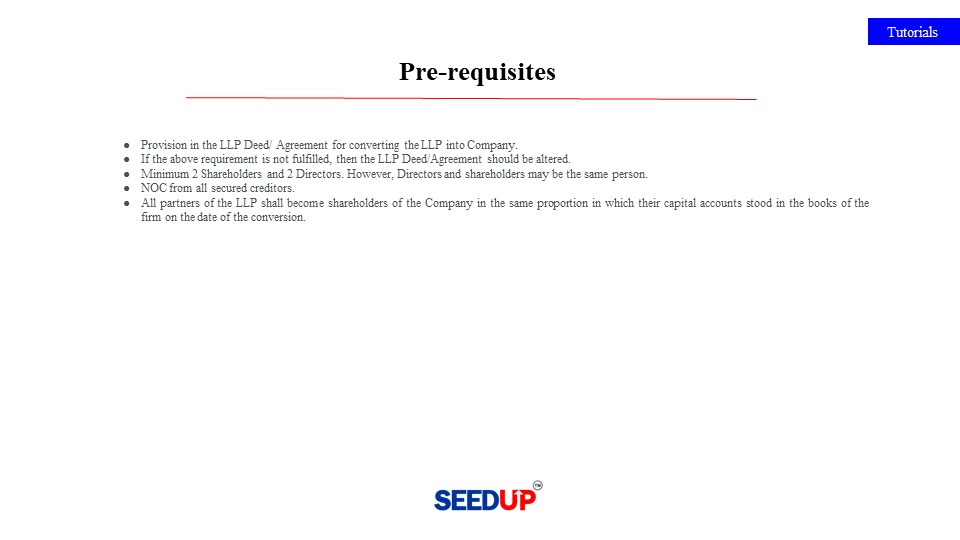 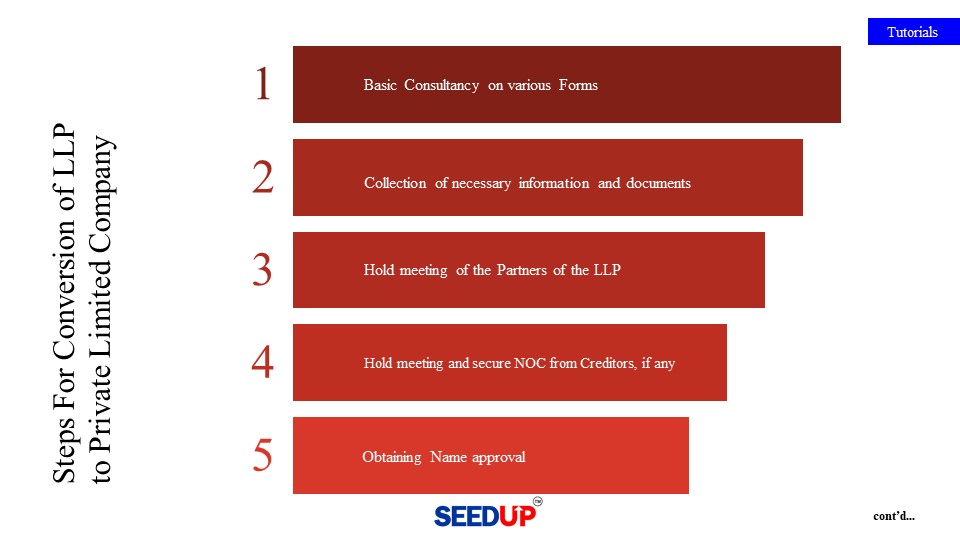 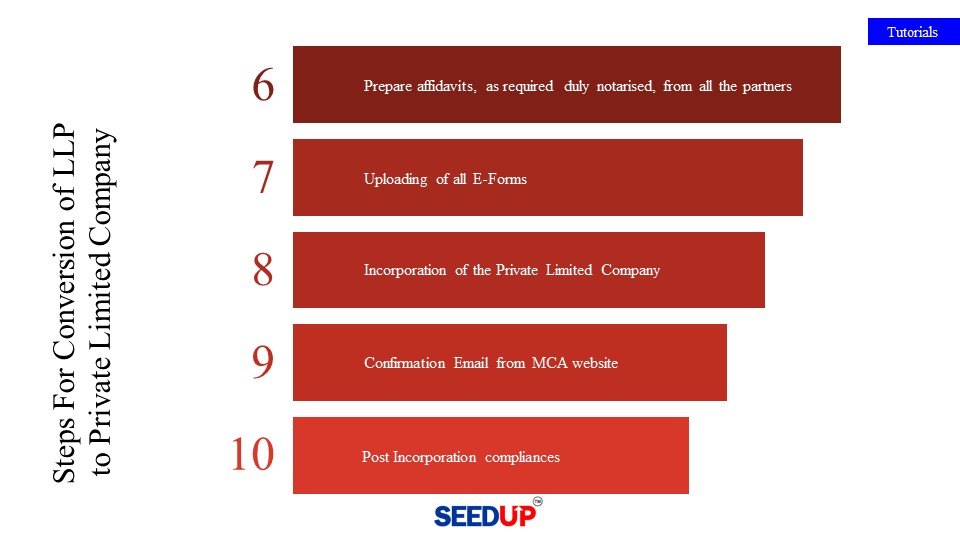 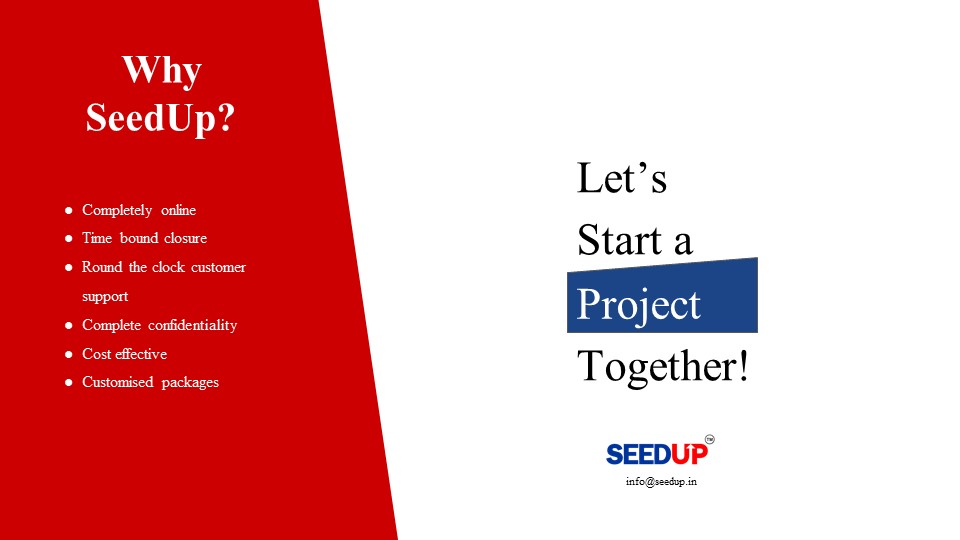