OPC is a good way to start small and when it is just one investor. If the business needs expansion and the Company will look to increase its Equity base, then the OPC has to convert itself into a Private Limited Company (max 200 members) or if it wants to have more members or list itself with a Stock Exchange, into a Public Limited Company.

The procedure for conversion is not very complex.

Point to be noted- OPC cannot be converted into a Section 8 Company.

a. Print the new Altered Memorandum and Articles of Association with new Certificate of Incorporation.

Documents to be annexed to INC-6

Copy of board resolution authorising giving of notice.

Conversion under Section 18 of The Companies Act, 2013

Steps for Conversion of OPC to Private Limited Company 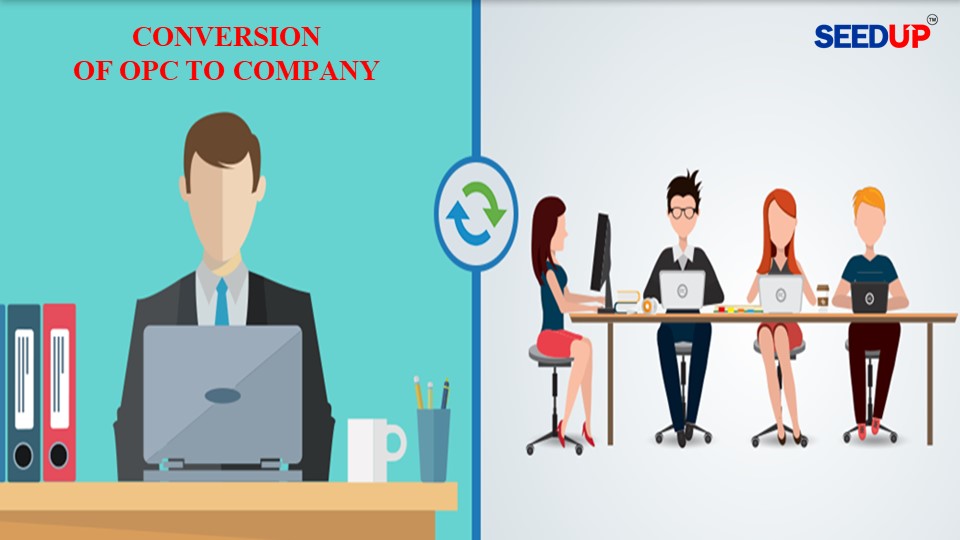 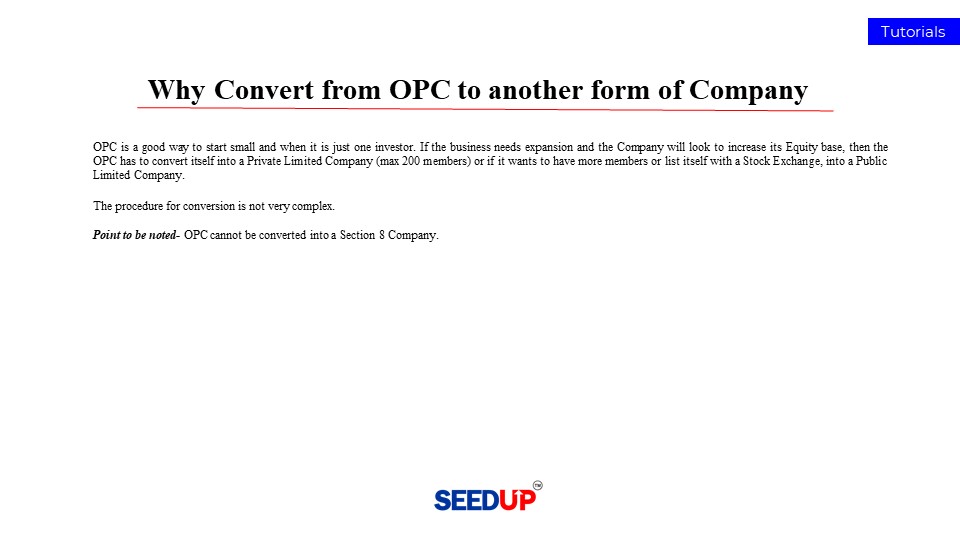 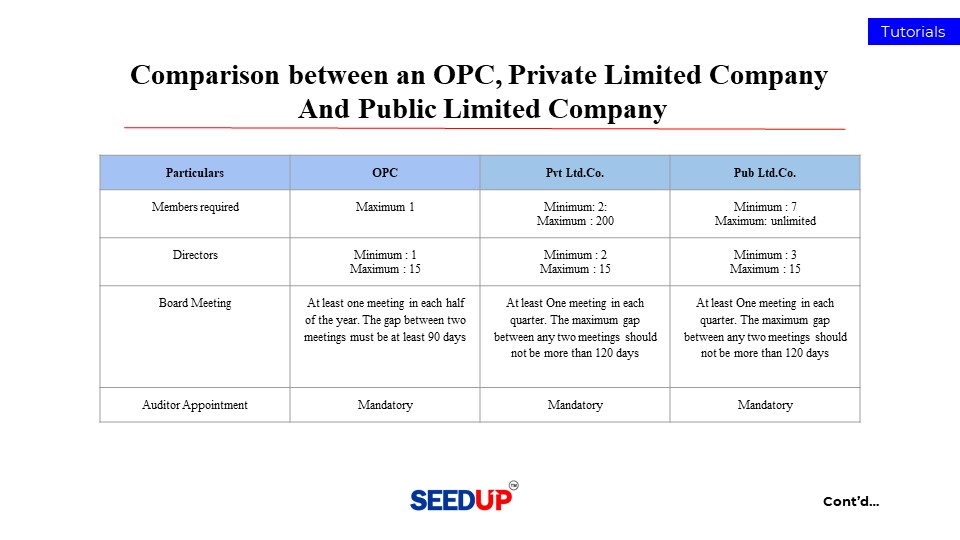 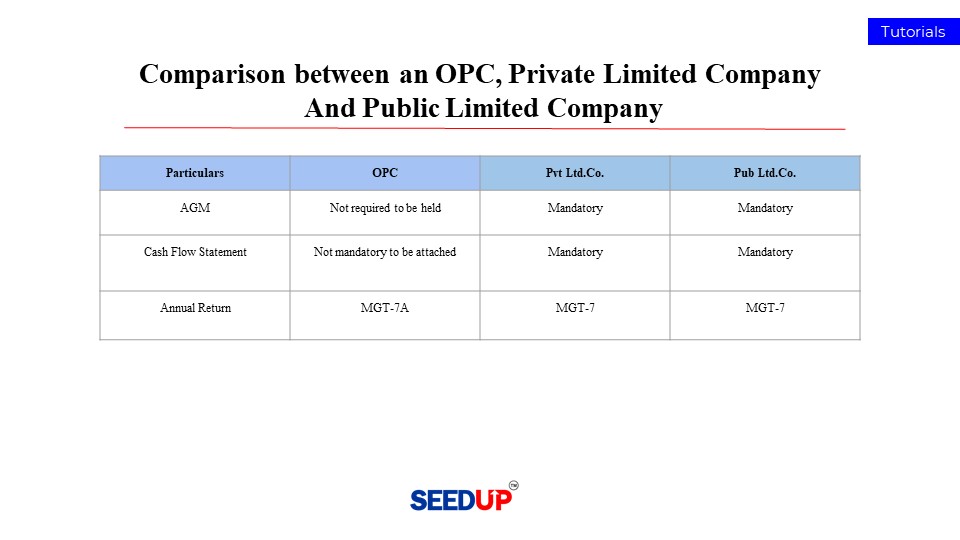 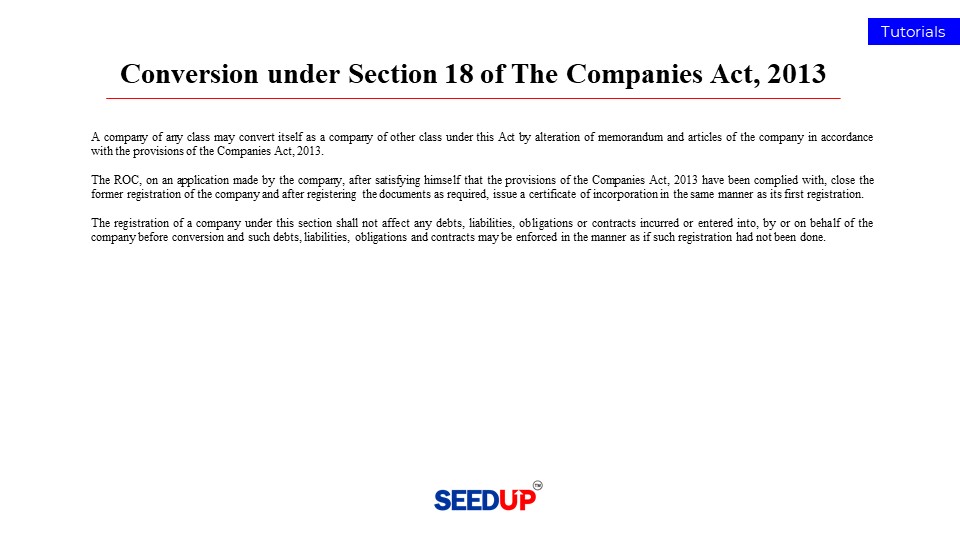 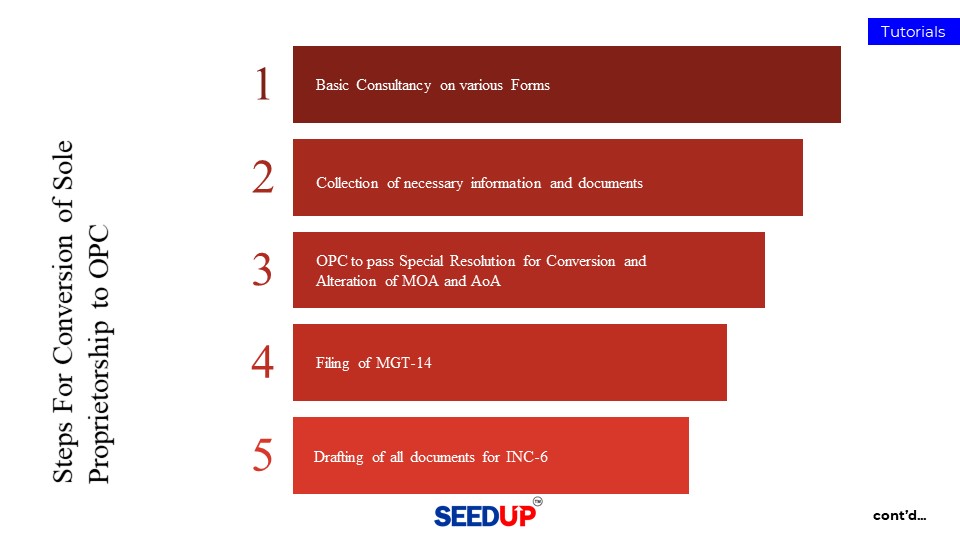 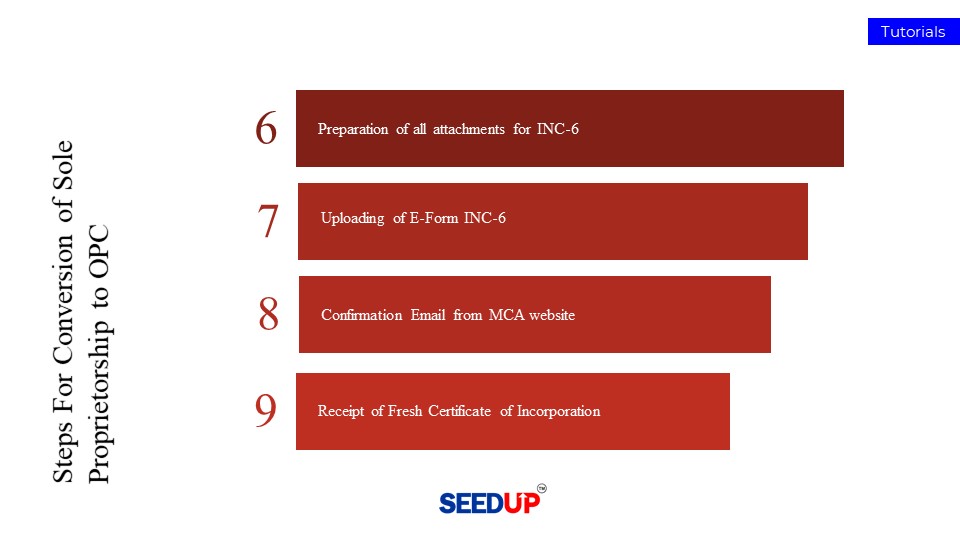 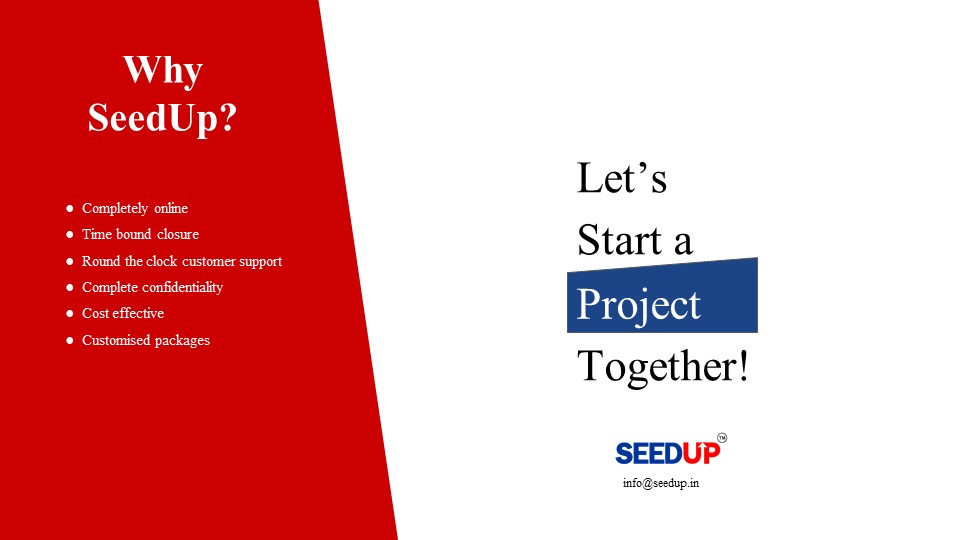