Complete specifications, registration of device patents with the Indian Patent Office. Complete drawings/ illustrations, abstract and claims to the provided by the client which will be vetted by SeedUp expert. Inclusive of Govt. fees & taxes.

Complete specifications, registration of device, design or Process with the Indian Patent Office. Invention description and drawings/ illustrations to be provided by the client. Abstract and claims specifications will be drafted by SeedUp expert. Inclusive of examination report. Inclusive of Govt. fees & taxes.


What is Patent Application ?

A Patent is a statutory right for an invention granted for a limited period of time to the patentee by the Government, in exchange of full disclosure of his invention for excluding others, from making, using, selling, importing the patented product or process for producing that product for those purposes without his consent

The patent system in India is governed by the Patents Act, 1970 and the Patents Rules, 2003. The Patent Rules are regularly amended in consonance with the changing environment, most recent being in 2016.

Patent protection is a territorial right and therefore it is effective only within the territory of India. There is no concept of global patent. However, filing an application in India enables the applicant to file a corresponding application for same invention in convention countries or under PCT, within or before expiry of twelve months from the filing date in India. Patents should be obtained in each country where the applicant requires protection of his invention.

Benefits of a Patent Registration

Right to stop others from copying, manufacturing, selling or importing your invention without your permission

Get protection for a pre-determined period, allowing you to keep competitors at bay

A patented product is likely to improve brand perception and potentially enable your business to charge a premium.

Steps to file a Patent online 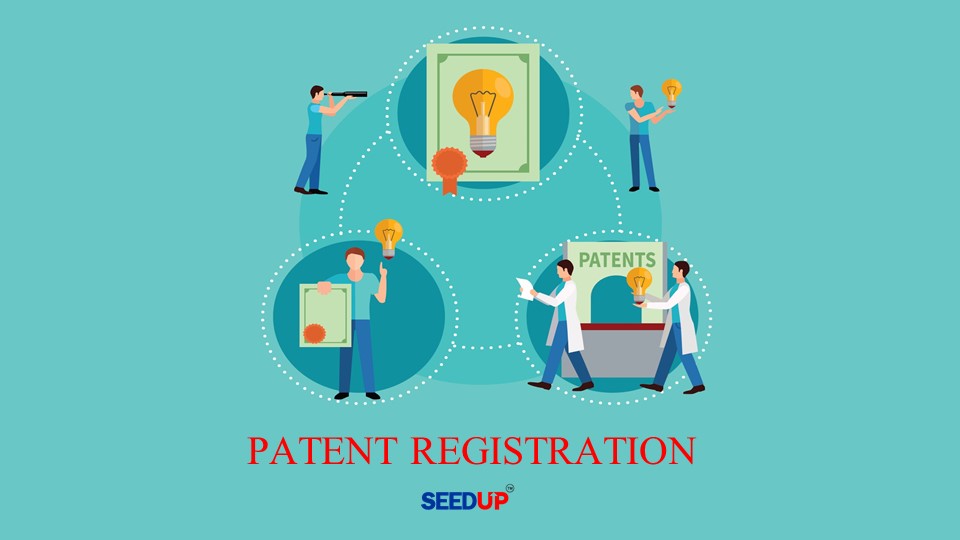 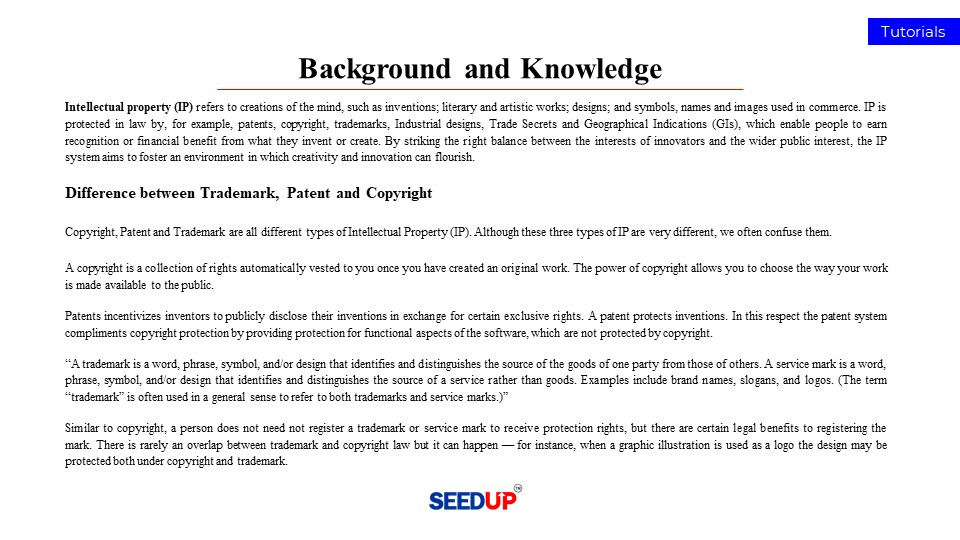 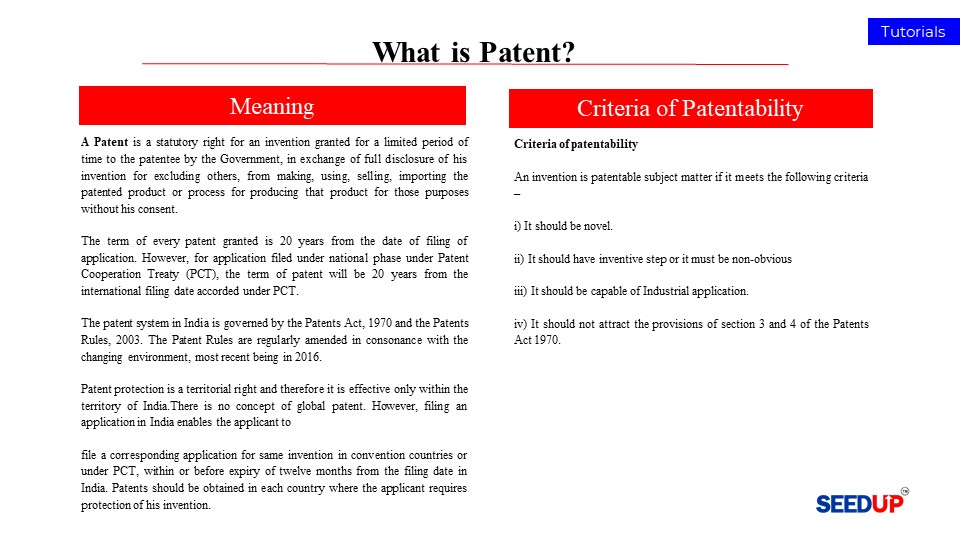 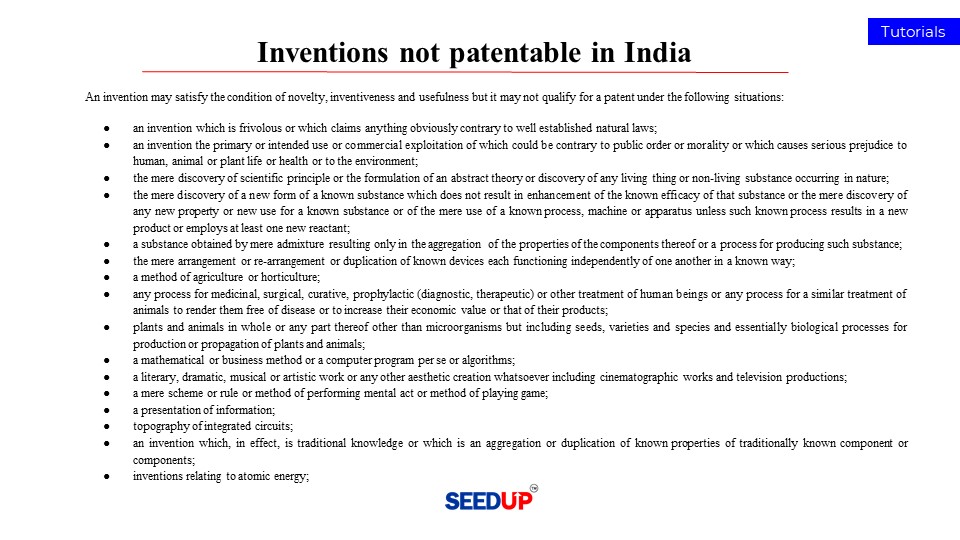 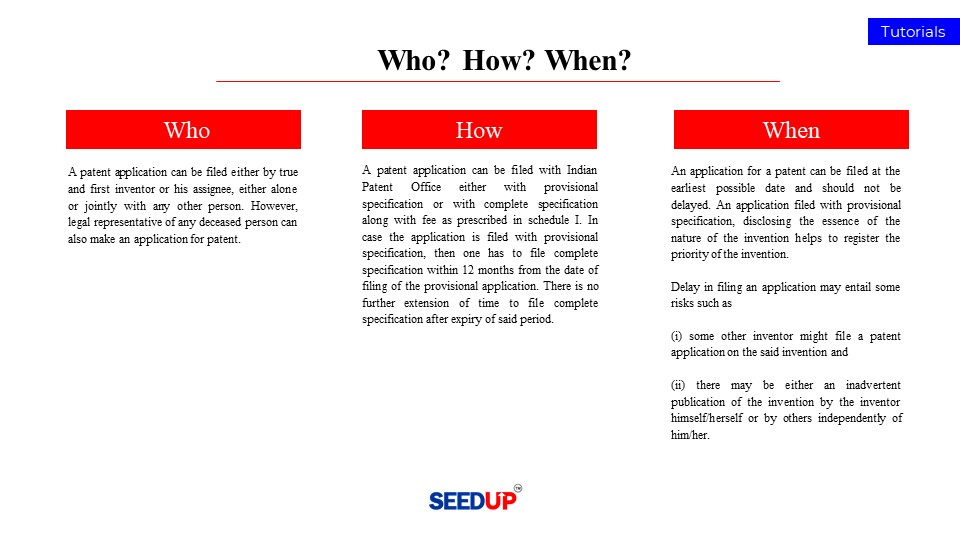 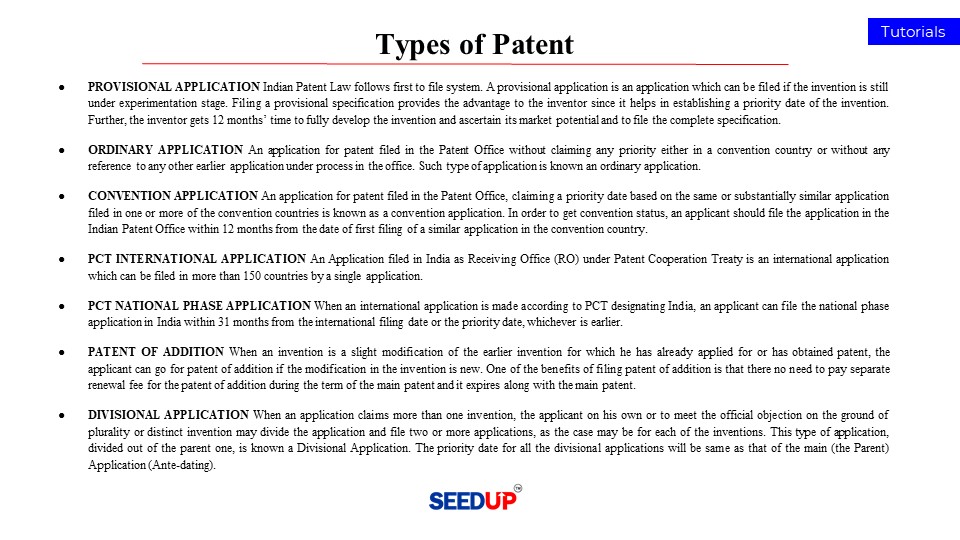 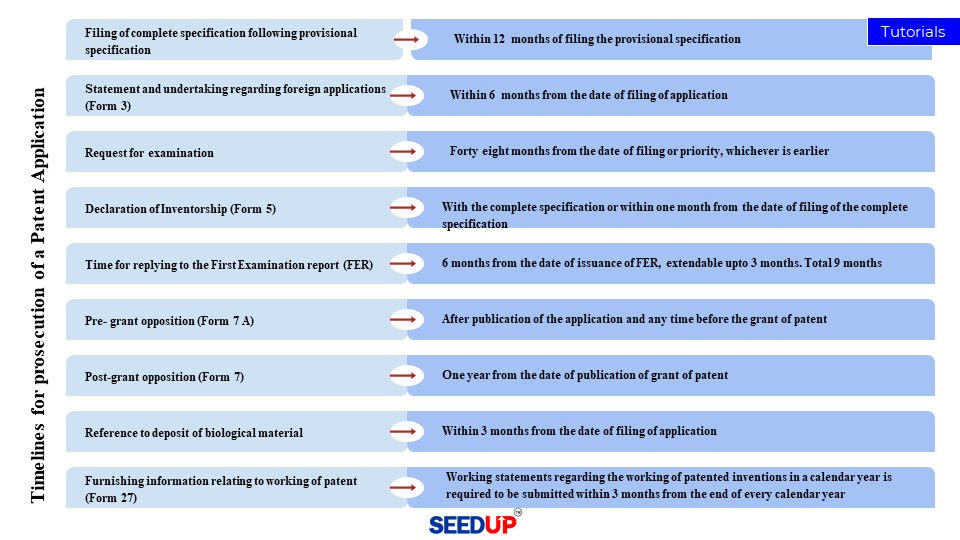 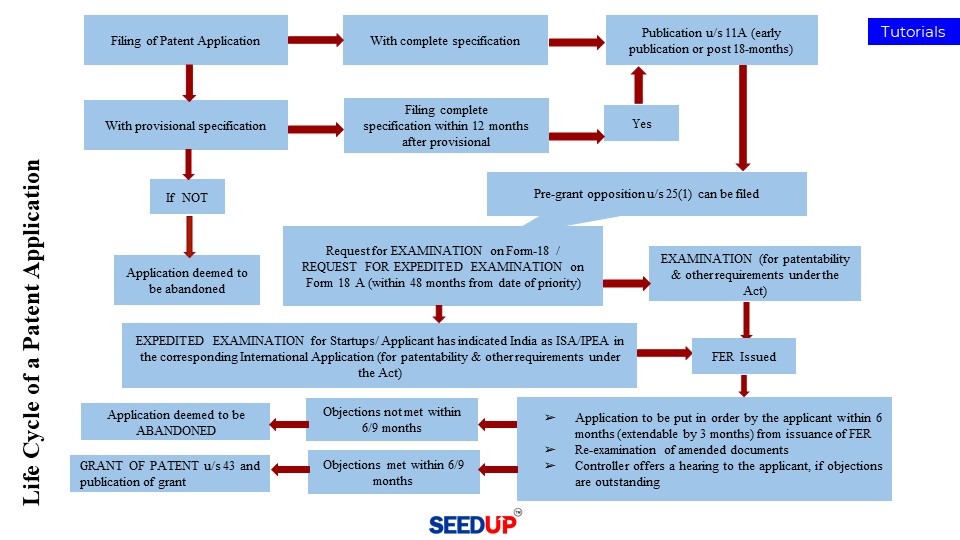 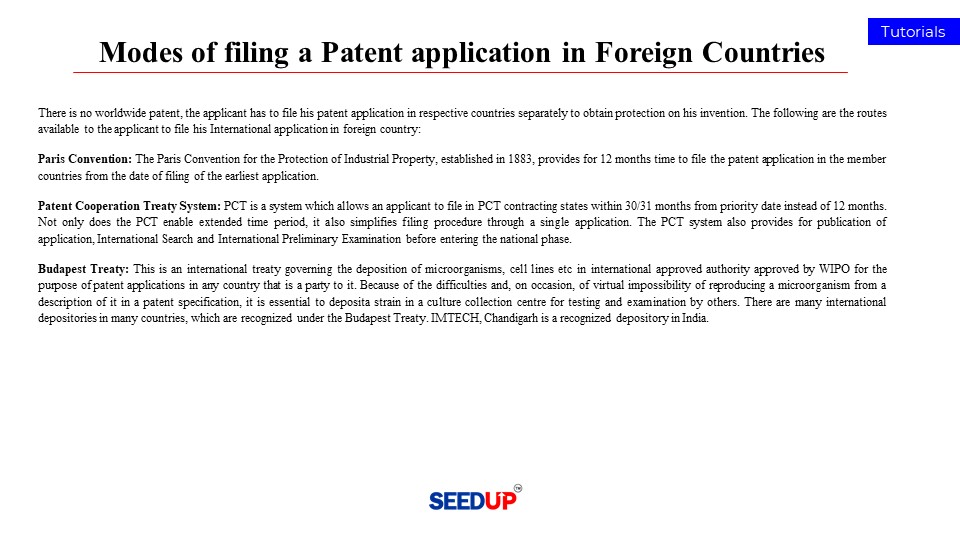 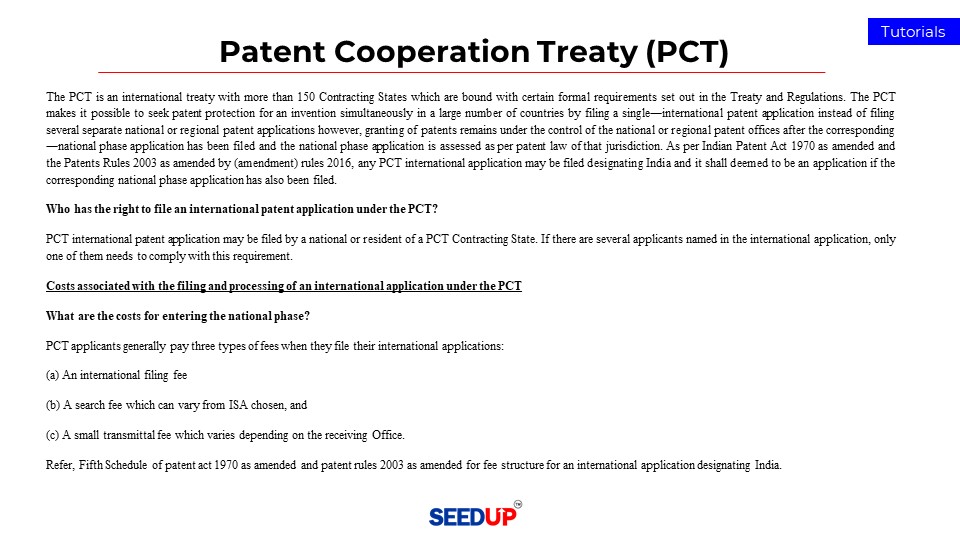 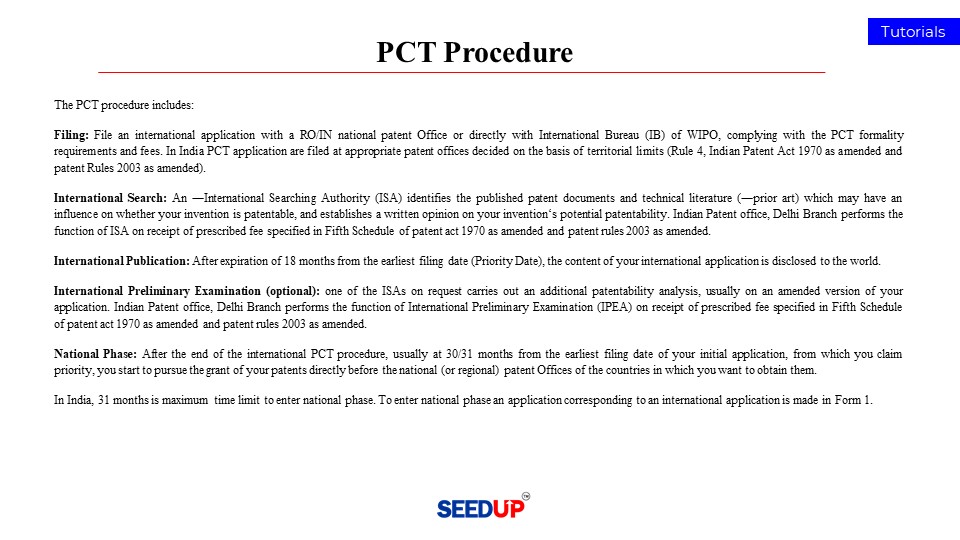 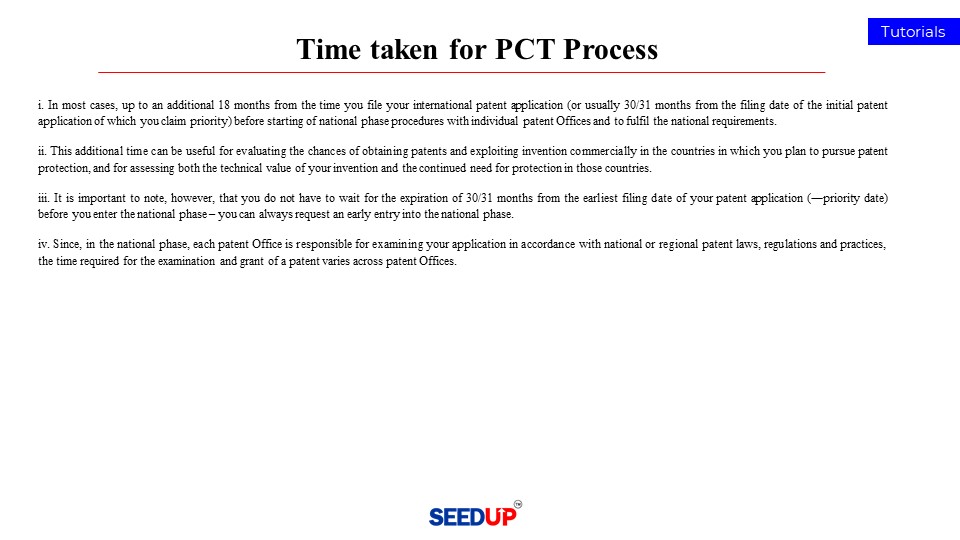 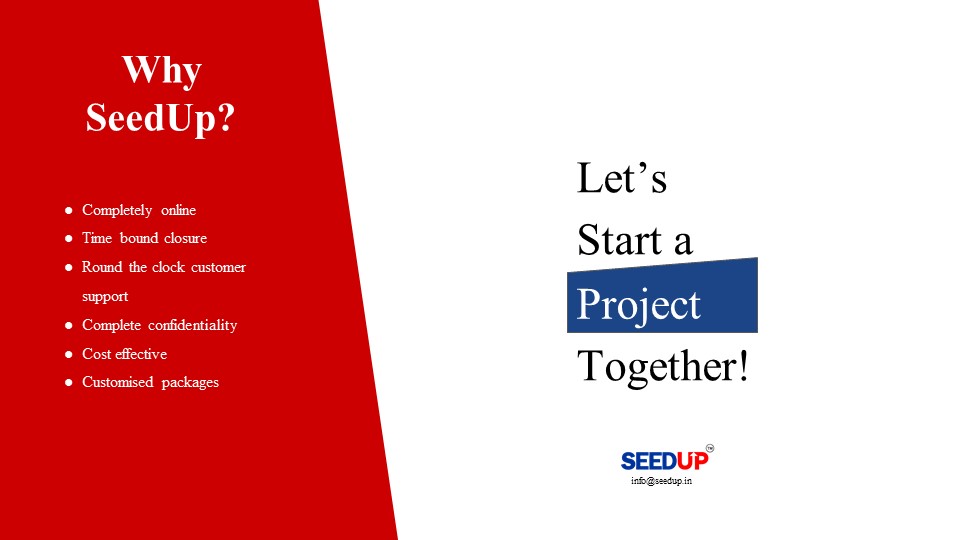