What is a Section 8 Company?

The Section 8 referred to here is of Companies Act, 2013. This is a special kind of company, which is formed with charitable objects to be pursued. It is Company which:

(a) has in its objects the promotion of commerce, art, science, sports, education, research, social welfare, religion, charity, protection of environment or any such other object;

(b) intends to apply its profits, if any, or other income in promoting its objects; and

(c) intends to prohibit the payment of any dividend to its members.

Thus, under this section, the Government issues a licence that allows an association of persons to be registered as a limited company without the addition to its name of the word, "Limited, or as the case may be, the word,"Private Limited".

The Act does not bar the such companies from seeking profits but it does prohibits distribution of profit among members. It means that all the income or profit from any activity of the company must be utilized towards charitable purpose for which it is registered. A Section 8 company must promote a public cause and the proceeds generated by the entity must solely be used to support the stated public cause(s) only and hence they enjoys various exemptions and relaxations.

Under the erstwhile Companies Act, 1956, these Companies were regulated by Section 25 of the Act and were called ‘Section 25’ Companies.

Why do we set up a Trust?

A trust, governed by Indian Trusts Act, 1882, is generally set up only when one wishes to make an endowment of property for perpetuity and the trustees desire that this property be used only for specified charitable purposes with close control by the original settlers/trustees.

What is a Society?

This is more formal setup as compared to that of a Trust also more democratic in nature. It is governed by the Societies Registration Act, 1860. The Founder members of the Society can continue to remain in control as long as they are elected to the managing committee, but at the same time can opt out of the society if they wish, which trustees cannot. Minimum of seven members are required to form a society. The objectives of the society are set out in a Memorandum of Association. The legal requirements are much simpler than in the case of a trust or Section 8 companies. The main disadvantage is that due to democratic procedures, the society can be taken over by elements opposed to the founding members.

Benefits of a Section 8 Company

Steps to Register a Section 8 Company 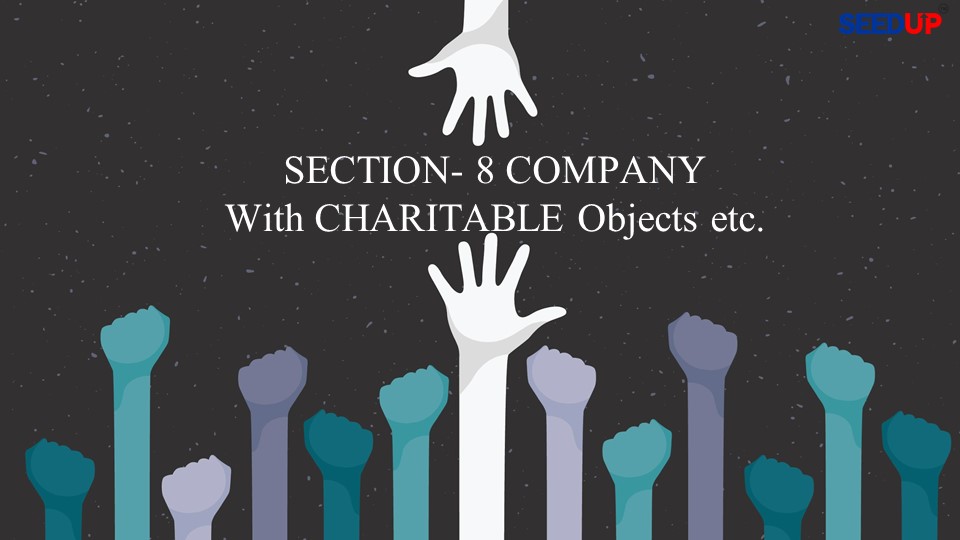 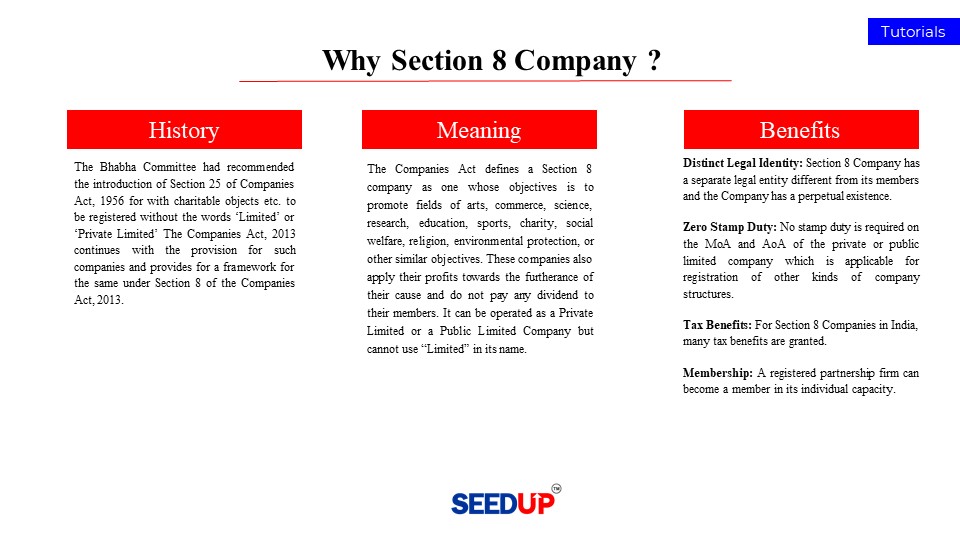 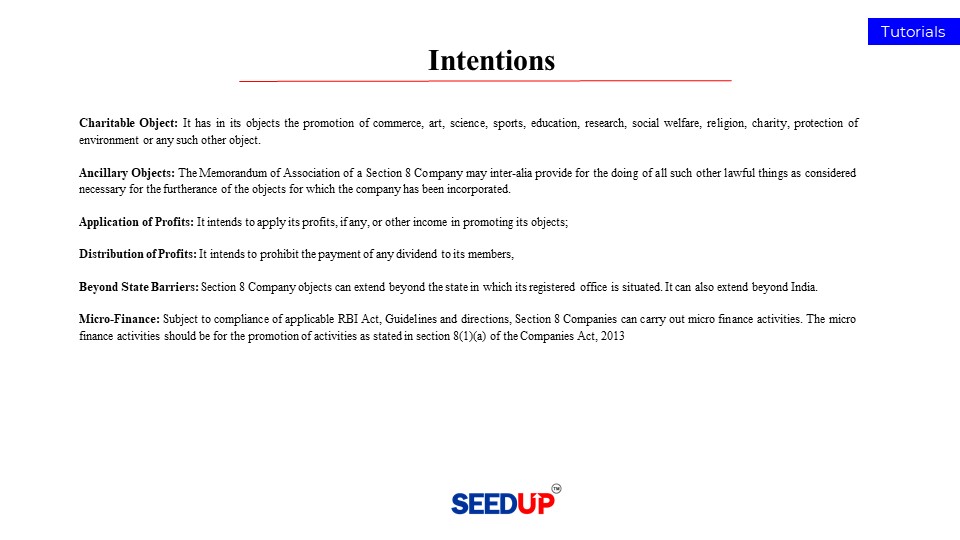 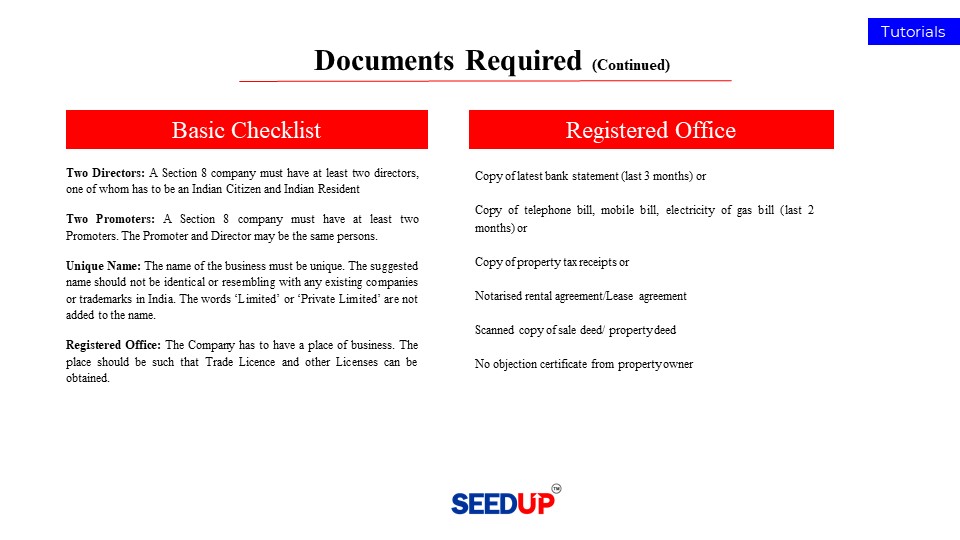 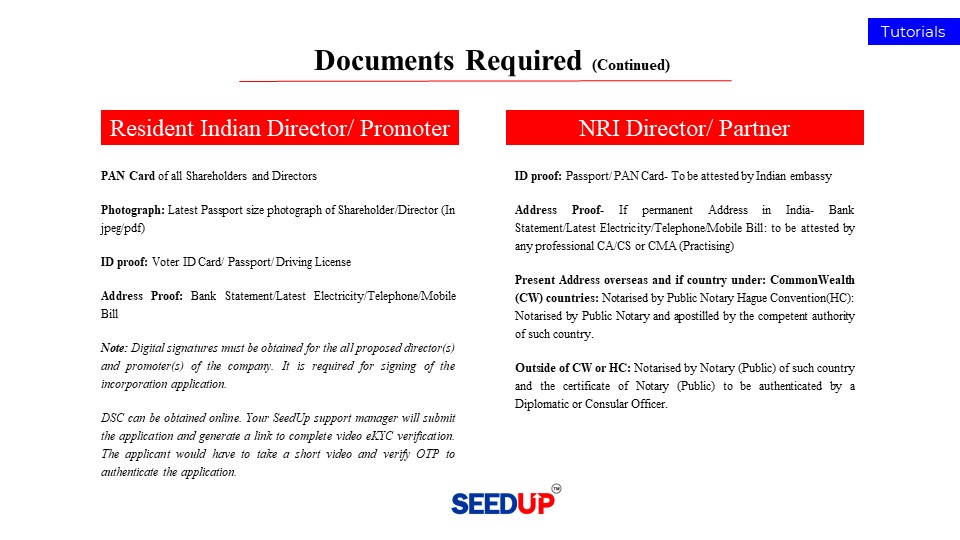 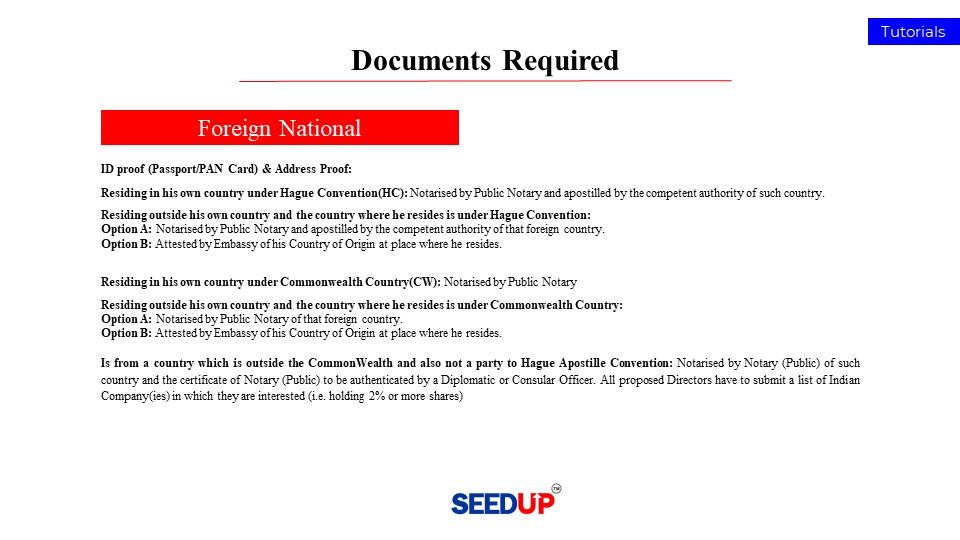 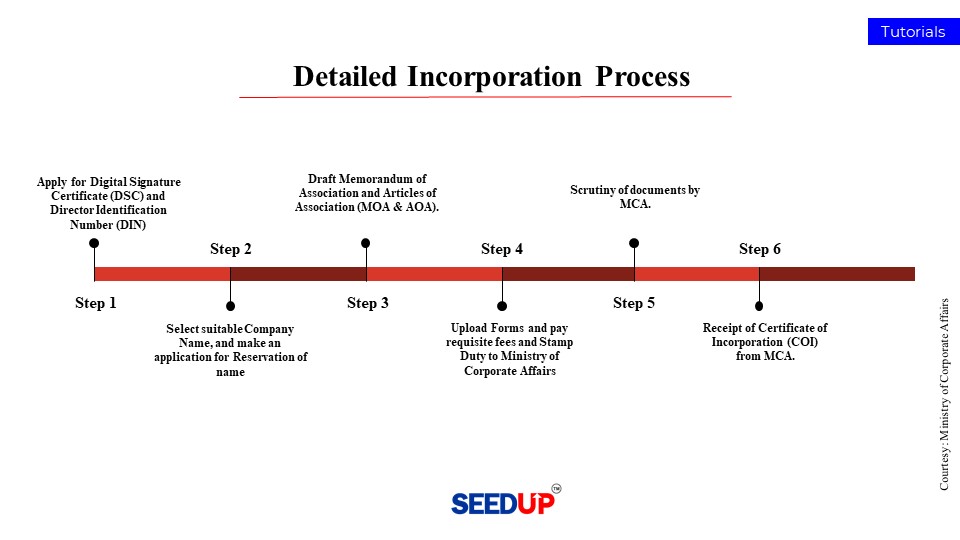 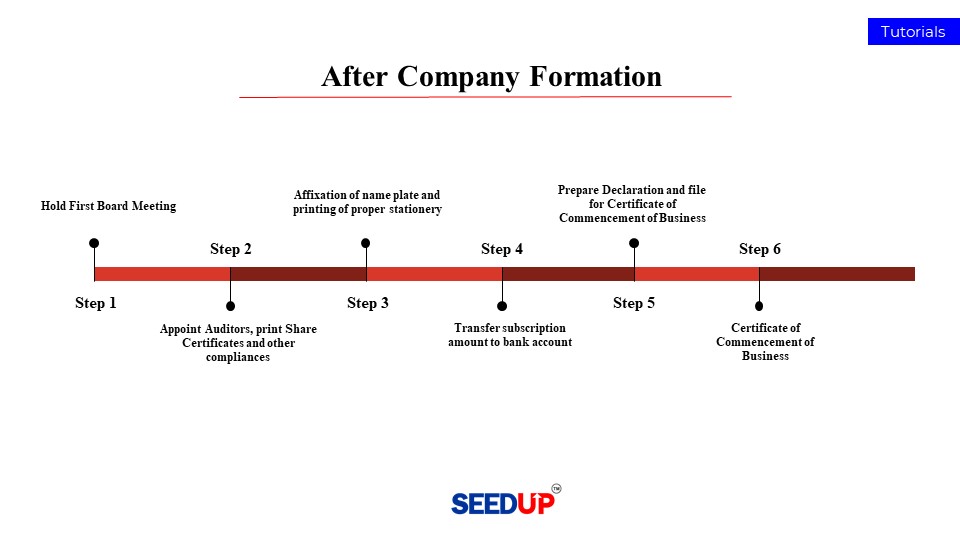 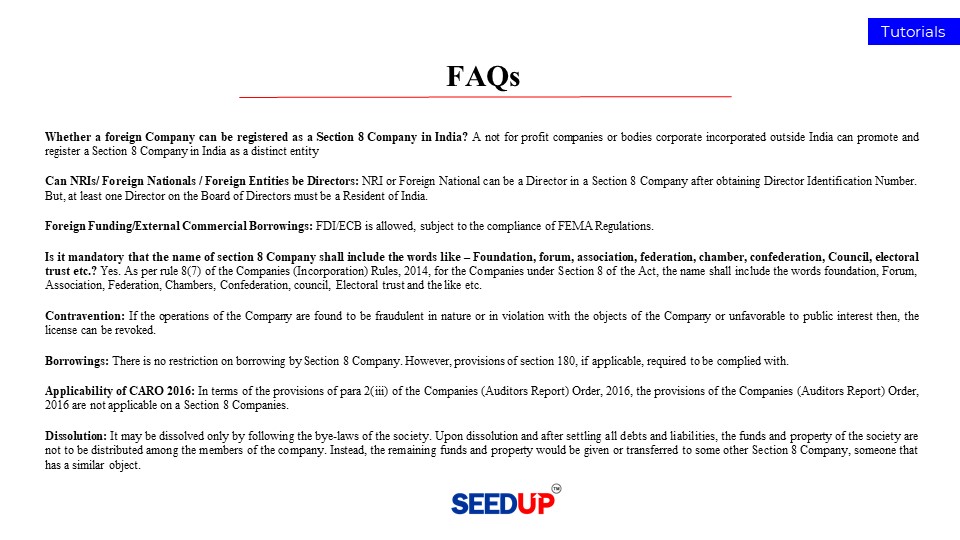 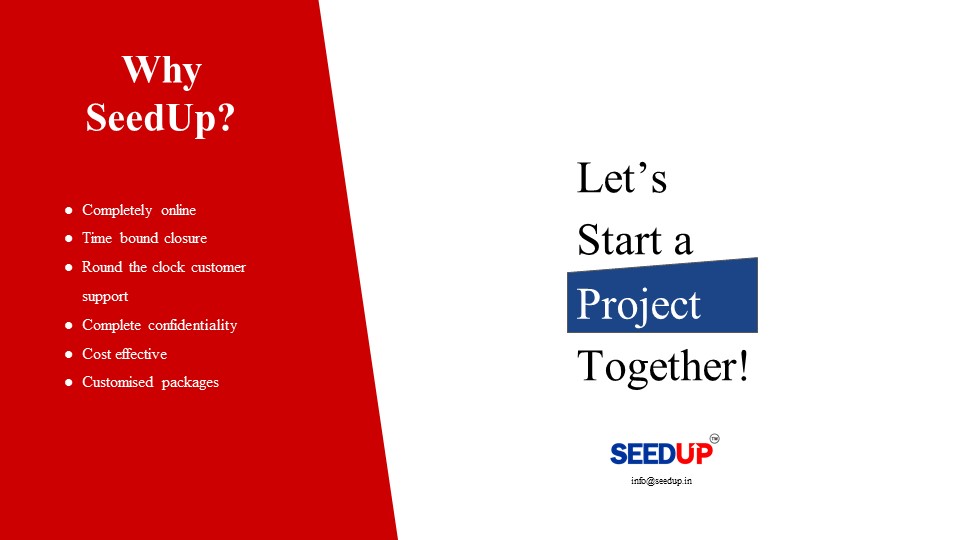